While I wish the signs of the times were not so reminiscent of 1930s Germany, I find that on those rare occasions (which I try to curtail after about 45 seconds) when I hear the Donald speaking, I get this nauseous sensation of listening to Mahesh bluff and generalize his way through stuff he very likely only understand in a very superficial way. The Donald and Mahesh both seemed to feel the audience is basically an ignorant entity, devoid of the ability to put two and two together, bereft of any mental properties that would permit them to sort their way out of an open paper bag or detect fact from fiction, let alone actually know something (or want to know something) about how the world works.

I guess that, if you are a narcissistic, megalomaniac guru-wannabe or trumped up politician, ignorance is bliss, as long as you are dictating to some one else’s ignorance.

I remember Mahesh once quipping: when people are ready for Hinduism, I’ll tell them.

Then there are the hand gestures: it’s ok, do as I say, pay attention to me, I’m in charge. Mahesh didn’t do so much of that, but watch David Lynch (shudder). It’s as if he (Lynch and maybe the Donald, too) presume an ability to be inside your head inserting how you should feel, understand. I suspect this is some amateurish NLP technique, presuming to plant seeds of belief, opinions, a way of congratulating you on coming up, on your own, with ideas I (the Donald, Mahesh, Lynch) put there.

I well remember my “innocence” when I encountered TM and Mahesh. I was all agog! In those days, Mahesh was the best thing that ever happened and the times were the best that could ever have been lived in and I was a sponge what couldn’t pick up the blessings from his glorious lips fast enough.

Trouble was, I could think, I could put two and two together, I could and did sort my way out of Mahesh’s open paper bag and I made an effort to fact-check, find the answers, find the sources – think on my own. Neither Mahesh or the Donald would approve – they’d probably be livid! The Donald would tweet.

Can the lessons of the past guide us? Mahesh was adamant that we should never say we learn from our mistakes. He went so far that he claimed this was not possible. (Only his way [see the checking notes] was valid, only his way would work – hmmm, think about that, think it through.) Another of his bluffs and generalizations, based on his less than valid claim that he had (imagined he could have) imposed Śaṅkarācārya-ship on himself, is that he seems to have assumed as a fact, a given, that he knew what was best for everyone. Obviously not so for everyone!

Turns out, many of us just might have learned a lot from Mahesh, not what he wanted us to learn, but still: learning is learning.

Now, we live in what might be strange times. The lessons of the past might just be valid in ways we never anticipated. 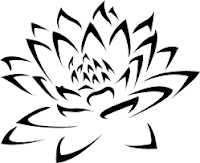 SOURCE: tmfree.blogspot.com
“random rummagings and thoughts about Mahesh and the Donald”